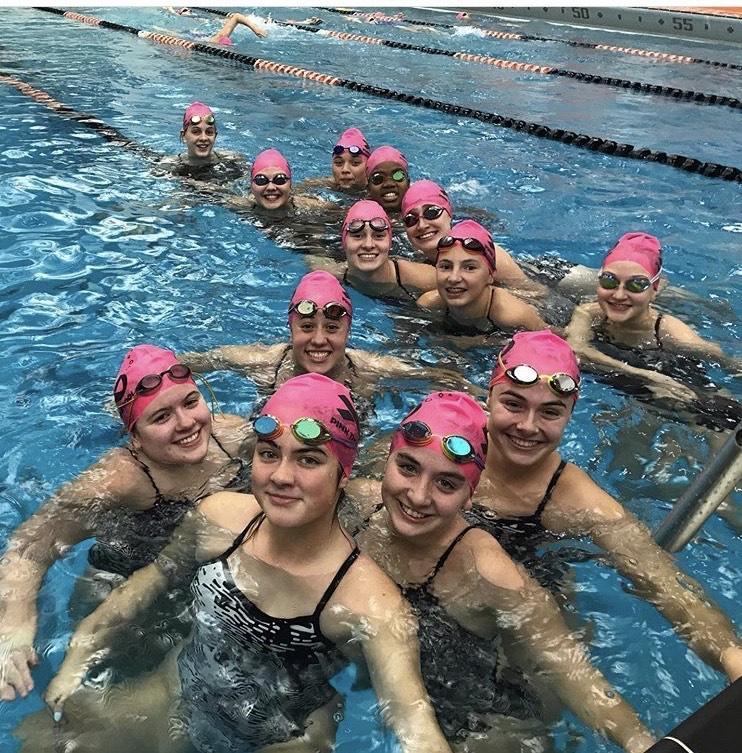 Swim News
Fall 2 - 2021 season
In absence of an All Catholic meet, medals were awarded to the top three finishers from the regular season meets. SHA's 200 medley relay team of Fina Bell '22, Amelia Wands '24, Gabby Adamczyk '24 and Lauren Devin '21 earned bronze along with Adamczyk in the 100 butterfly.
All Catholics 2019
The Sharks came in 4th at the 2019 ACs.  The championship was won by the combined team of Buffalo Seminary/Nichols.  Medals were won by Fina Bell '22 who came in 2nd in the 50 free and the 400 free relay team of Emma Higgins '20, Julia Fulfaro '21, Maddie Kamens '21 and Lauren Devin '21 came in 3rd.

Abby Halsdorfer was received the Natalie Lewis Award as the most outstanding swimmer of the meet for the 2nd year in a row!

Head Coach: Charles M. Schutt coach.schutt@gmail.com
Coach Schutt served as the Head Coach of the Ken-Ton YMCA Cobras for the past decade where he grew the swim program from one that was in jeopardy of being cancelled to one of the strongest in the area. He has a Masters in Accounting from the University at Buffalo and works for M & T Bank.
Assistant Coach: Ashley Gizzo '17