Savannah Revelas is the "Heartbeat" of the Swim Team 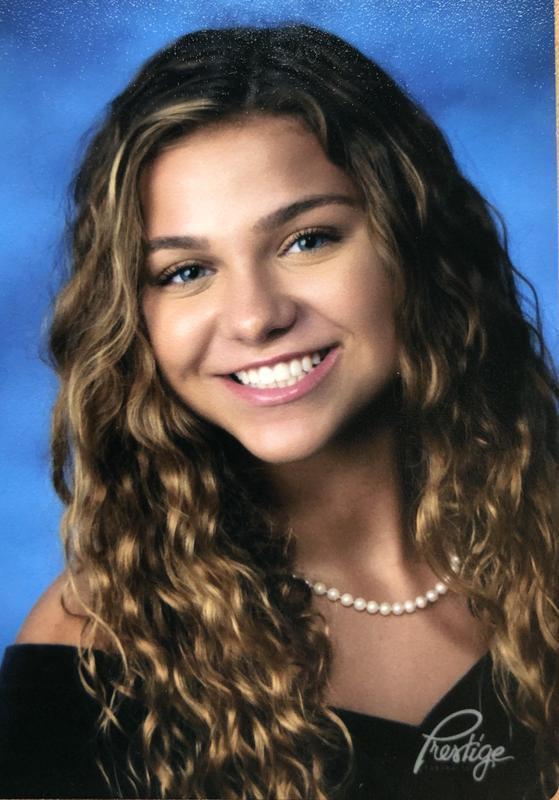 After breaking a 32 year old pool record, buffalonews.com has written a feature on senior Savannah Revelas.
https://buffalonews.com/2018/09/28/record-setting-revelas-is-heartbeat-of-acred-hear-swim-team/
Reprinted from the Buffalo News, September 28, 2018

Savannah Revelas has not decided where she wants to attend college. But her name is already going up on the wall of a campus building.

Revelas, a senior at Buffalo Academy of the Sacred Heart, broke the oldest women's record at Buffalo State College's Kissinger Pool last week when she swam the 100-meter breaststroke in 1:09.57 during a meet against Buffalo Seminary. The previous record, set by Mary Kaliszak, a former Division 2 All-American for Mercyhurst University, stood since 1986.

"It was honestly amazing," Revelas said. "My main goal this season was to qualify for states, so breaking that record was a big boost for me to know I can get it."

Revelas also lowered the Sacred Heart record she set in a season-opening meet against Lancaster and is now within one second of the state-qualifying time (1:08.60).

The early results this season have opened Revelas' eyes to the possibility of swimming in college. Her older sister, Ari, is a breaststroker at Division 2 Bentley University.

"I've swam my whole life and I love it, but I never really thought I was good enough to swim in college," Savannah Revelas said. "Coming into this season and already having these successes, I feel good about that I can actually do it and I'm not that far off from swimmers in college."

Ari Revelas swam for rival Nardin Academy, where she was a teammate and close friend of Sacred Heart coach Anna Rubino, and Savannah attended Nardin schools before choosing to swim with the Sharks.

"Nardin is a very good school and all my friends were going there, but I wanted to carve my own path," said Revelas, whose mother, Diane, is the sister of Bills play-by-play broadcaster John Murphy.

"One thing that made me want to go to Nardin is that they have had this great swim team," Revelas said. "But I thought Sacred Heart captured more of what I am in a school. And then I came here and we started winning, so it's kind of the best of both worlds."

Revelas is part of a group that has lifted Sacred Heart to the top of the Monsignor Martin Athletic Association. After she finished ahead of her sister in the All-Catholic meet as a freshman, the Sharks ended Nardin's run of 17-straight league championships in 2016 and defended their All-Catholic title last year.

Even with the graduation of 12 seniors, including Claire Mastrandrea, who is now swimming for Division 1 Butler University, the Sharks are eying a three-peat with a strong returning team, including Abby Halsdorfer, the most outstanding swimmer at last year's All-Catholic meet and state qualifier in multiple events, another state qualifier in Lily Dimmig, and fellow senior captains Olivia Koschuk and Grace Goldstein.

The enthusiastic Revelas, however, "is the heartbeat of the team," her coach said.

"Her personality is so strong and she carries that into practices and meets," Rubino said. "When she is pumped up and excited, the whole team is, too."

Outside of the pool, Revelas is also a member of the lacrosse team, a Student Council leader, started a mental health awareness club, and dressed as Shamus the Shark for Sacred Heart's open house.

In the natatorium, Revelas expends almost as much energy cheering as she does swimming.

"You can always hear her from the other side of the pool," Dimmig said. "She's a great teammate."

Halsdorfer, the school record-holder in the 500 free (5:11.84) and also defending All-Catholic champion in the 200 individual medley, has gotten used to hearing Revelas shout during races, "You're an animal Abby!"

Rubino, in her fourth year at Sacred Heart after co-coaching with Maggie Hamilton and Alyssa Greymont in previous seasons, started a "secret sister" tradition where each swimmer gives a teammate an anonymous gift before meets.

Prior to racing against Buffalo Seminary, Revelas received a goodie bag of peanut butter crackers and trail mix with encouraging notes on each snack saying, "You can do this! Don't let anyone phase you! This is your meet! You got this!"

"We are very invested in each other's goals and each other's times," Revelas said. "We have a very close team. We're all so different, we're not in the same clubs or the same classes really, but we all come together because of our love of swimming."

At the end of Revelas' race against Lancaster, Halsdorfer was the first to break the news of her record time.

"It was really cool," Halsdorfer said. "Especially being the first meet of the season, because usually everyone is a little off their time and just getting their feet wet."

Sacred Heart alumni Aleza Epstein, Alexandria Doody, and Rebecca Winnert have also set Kissinger Pool records, but Revelas is the first member of this year's team to claim a spot on the wall where the Sharks host their home meets.

"That was very exciting," Dimmig said. "Before I race, I always stare down the records to get the time in my mind."

Unsure if she will swim in college, Revelas is determined to qualify as an individual in her final year of high school, even though her event is one of the most difficult to get below the cut-off time, Rubino said.

"This season, I know it's my last one and I love this team and I love swimming," Revelas said. "I really have been trying a lot harder, not that I haven't been trying hard before, but I came into this season ready to set my goals and reach them."