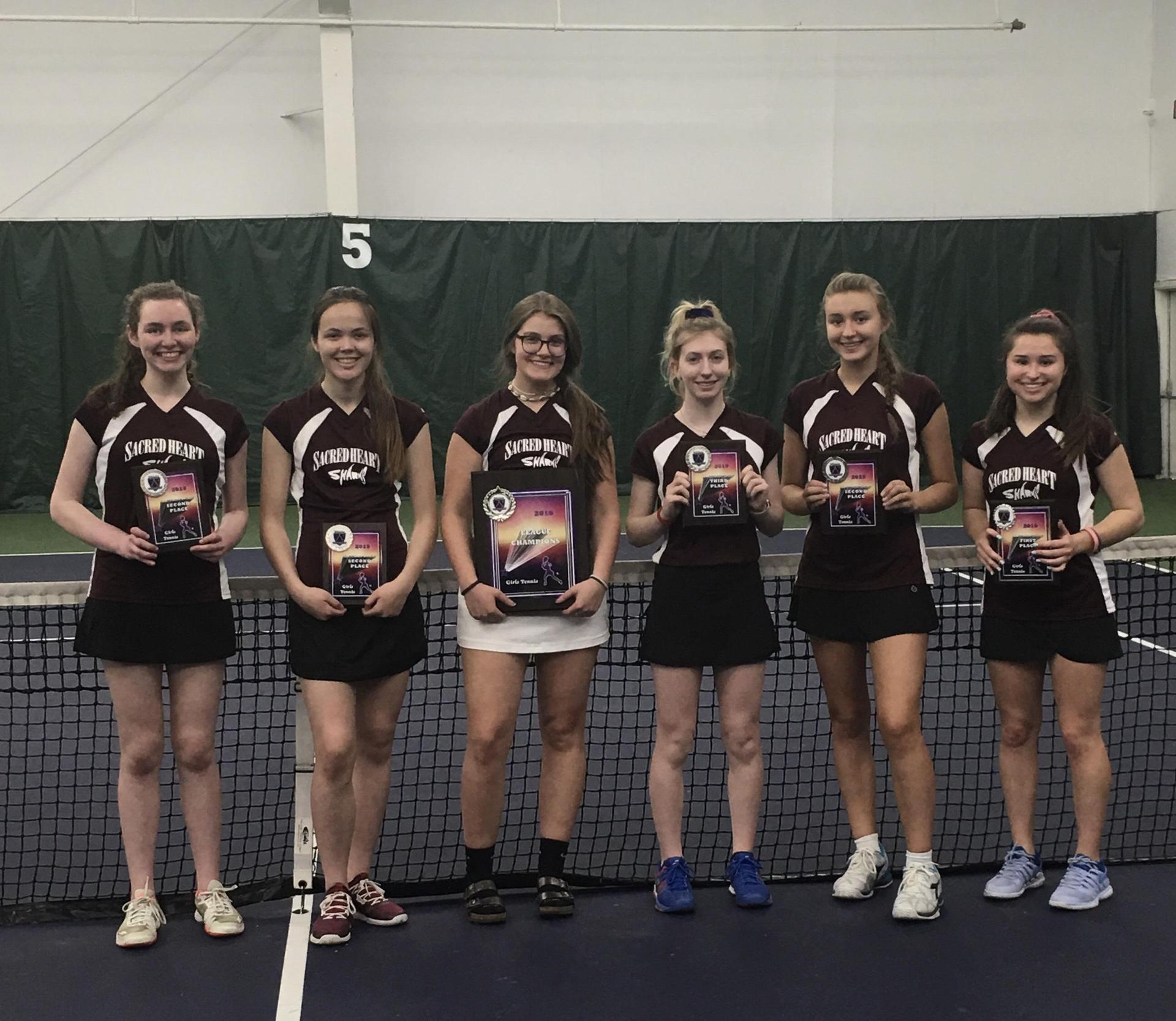 Tennis News
The Sharks swept the singles awards at the 2019 All Catholics held on May 11 and 12.  Eliza Podlas came in first, Caroline Carlson second and Abigail Pierce took third.  The doubles team of Fiona Murphy and Kelly Schomber came in second.
Recent MMHSAA League Championships
2019, 2018, 2017, 2016
2020 Schedule
Head Coach: Nancy Wingerter '82    nawingerter@gmail.com
As an alumna of Sacred Heart Academy, Nancy was instrumental in starting the first tennis team at SHA and has been coaching tennis at SHA since 2007.   In addition, she coaches an elementary program in the fall. Nancy earned her Bachelor's degree in Business from Canisius College and has worked in retail and in education at Amherst High School.  She is married with four children who have all played high school sports.
Nancy has been playing competitive tennis for ten years and has played on many USTA teams in Western New York, traveling with her teams to Regional and Sectional Championships.  She has played in many local leagues and served on their boards as well.  Nancy wants to give back to the sport that she loves and to encourage the girls to be successful both on and off the court.
Assistant Coach: Jean Jurek